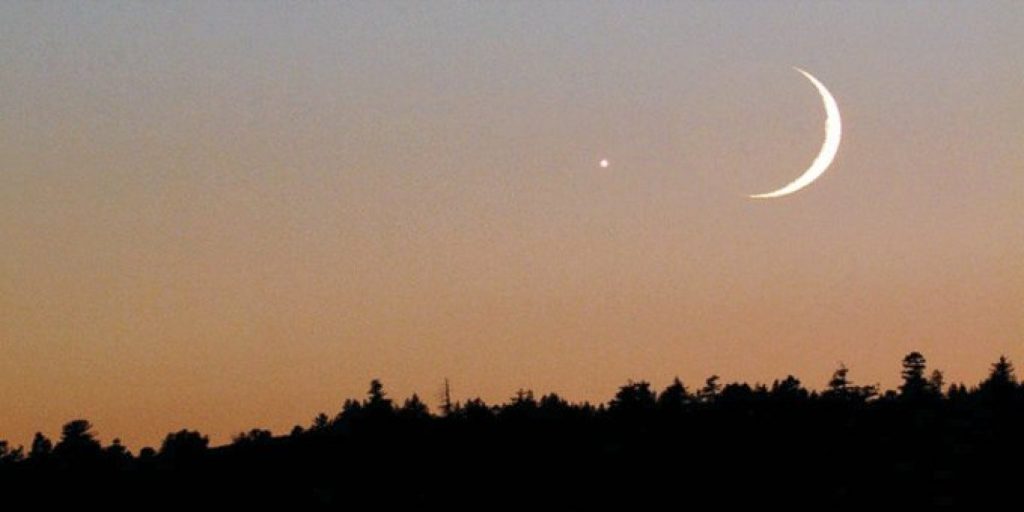 All praise belongs to Allah and may Allah’s peace and blessings be upon His messenger, his family, companions and followers until the last day.

Many questions are asked by Muslims residing in non-Islamic countries concerning how one assures the start of the month of Ramadān and the days of ‘Īd al-Fitr and ‘Īd al-Adhā.

It is because of these questions that this clarification becomes necessary. I am able to mention the following and Allāh is the One, without any partner, Who grants accord and aids to arriving at what is correct. The Muslims in non-Muslim countries that are not ruled by the Islamic Law differ greatly concerning how to assure the start of the month of Ramadān and how to assure that it has ended and Shawwāl /’Īd al-Fitr have started.

Some follow the opinion that the new moon must be sighted or that the previous month, Sha’bān, must be completed as thirty days in order to assure the start of Ramadān and the same goes in order to assure the start of Shawwāl. This is the correct position in principle, and there is no doubt concerning this due to the large number of evidences supporting it and it is the opinion of the majority of Muslims amongst the Companions and succeeding generations. The Prophet peace be upon him said, “Fast when you see it [i.e., the moon] and cease fasting when you see it, and if it is hidden or cloudy, complete the counting of Sha’bān as thirty days.” [1] Similar authentic ahādīth imply that we depend on moon-sighting in deciding the start of each lunar month.

It is clear that all of these opinions mentioned above have those who would criticise them. Those who go the way of sighting the moon criticise those who use astronomical calculations and there is no doubt that this criticism is correct. They in turn are criticised by others who state that sighting the moon is just not possible in the majority of areas of many European and American lands due to the poor visibility as a result of the weather and so these criticisers rely upon the sighting of the moon undertaken by their homeland. Hence you will see some of our Pakistani bretheren fasting and celebrating ‘Īd with Pakistan, some of our Egyptian bretheren fasting and celebrating ‘Īd with Egypt, some of our Moroccan bretheren fasting and celebrating ‘Īd with Morocco etc. Each one thinks that the sighting of the moon made by his homeland is the most valid sighting!

Everyone has his opinion, but there is no doubt that the greater benefit lies in the Muslims of one land fasting as one body, starting the same day and celebrating ‘Īd on the same day so as to display unity.

Unity is one of the greatest features and benefits that the Islamic Law calls to and this is why some of the scholars were of the opinion that it would be good for Muslims living in non-Muslim lands to appoint one leader who would determine the likes of these matters for them. In many cases it is almost impossible to appoint a leader for all Muslims residing in that land, yet they still can appoint some form of leadership to which they refer in matters like this.

However, unfortunately, this matter is absent in these lands thus far and the Muslims remain in confusion as to how to start fasting, when to celebrate ‘Īd al-Fitr and in other matters of dispute. Therefore, we advise the generality of Muslims in this land to follow the opinion of the majority of Muslims in this land with regard to the starting and ending of the month irrespective of the basis of that decision, even if this opinion opposes an individual’s opinion or the opinion of one’s organisation. I have not come cross any scholar neither from the past or from our own time who opposes this approach.

The reasons and proofs for this conclusion are the following:

The hadīth of Abū Hurayrah in which the Prophet said, “The fast is the day you all fast, the breaking of fast is on the day that you all break fast, the day of sacrifice is on the day that you all sacrifice.” [2] Imām al-Tirmidhi went on to write, “Some of the People of Knowledge explained this hadīth to mean that fasting and breaking the fast should be done with the Jamā’ah (Muslims) or the majority of people.” This is why most of the scholars who spoke about this issue were of the opinion that the Muslim should start the fast when most of the people in his country fast and the same rule is applied for ending the fast and celebrating the ‘Īd. In fact a group of scholars were of the opinion that if a single individual were to sight the new moon and the Imām were to reject this, for some reason, then the people should not fast until the Imām has given the order. The same applies to breaking the fast and celebrating the ‘Īd.

2) Unity in matters of ijtihād

Leaving individual opinion and following the opinion of the majority in matters of ijtihād for the sake of the benefit of unity is something that is well established in the Islamic Law. ‘Abdullāh b. Mas’ūd prayed dhuhr behind ‘Uthmān b. ‘Affān in Mina as four rak’ahs despite his opinion and the fact that the Messenger of Allāh had prayed two as had Abū Bakr and ‘Umar. When asked why he did this, he replied, “Differing is evil.” [3] Moreover the Islamic Law has enjoined one to stick firmly to the Jamā’ah and to all the means that would lead to actualising this. Allāh, Mighty and Magnificent says,

“Obey Allāh and His Messenger and do not differ such that you lose courage and your strength depart, be patient for Allāh is with the patient” [4]

To conclude, we advise Muslims to do everything possible to establish unity among themselves and until they do that they should cooperate in enjoining the good and forbidding the evil as Allāh Almighty and His Messenger commanded us to do so in various places in the Qur’ān and Sunnah. Allāh says,

“Help you one another in Al-Birr and At-Taqwa (virtue, righteousness and piety); but do not help one another in sin and transgression. And fear Allāh. Verily, Allāh is Severe in punishment.” [6]

We also advise Muslims living in the western countries to do their best to appoint an Imām/leader that they can follow in many essential matters amongst which is the commencement and conclusion of the fast. Allāh knows best.

We ask Allāh, Mighty and Magnificent, to unite the Muslims upon righteousness and taqwa. Peace and blessings be upon our Prophet Muhammad, his family and all his Companions.

[1] This hadīth is agreed upon (Bukhāri and Muslim) and was reported on the authority of Abū Hurayrah.

[2] Hadīth recorded by at-Tirmidhi and the wording is his, Abū Dāwūd and others’.

Select a service and add some details to create your case

Be sure to fill all fields

Are you sure you want to cancel this appointment? This action cannot be undone